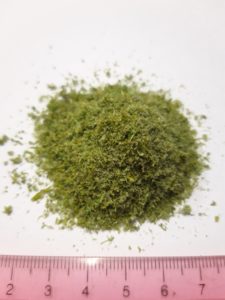 Samardala (Nectaroscordum siculum ssp. Bulgaricum) is a herbaceous plant that belongs to the Onion family and is characteristic of the Balkan Peninsula. Spice samardala is used dried and ground.
In fact, it is the most widely used spice in Bulgaria

The leaf of samardala in March, but its beautiful flowers fade in April-May. The flowers of the plant are bell shaped, mixed in a mixture of purple, yellow, pale pink, white, brown.

Processing of Samardala has a strong slightly hot and bitter taste, especially if it is fresh. Fresh leaves are significantly hotter than onions, garlic, and levard. The most popular, however, is the dried version, in which the leaves are dried for 1 day and ground into a slurry and then mixed with salt.

This mixture was spread and allowed to dry again. Some people crush or grind fresh lard with salt, which is the more extreme option of cooking it - the harshness that the plant releases is many times greater than when slicing onions and your crying is certain. The finished seasoning is a characteristic green color and must be stored in a dry and dark place in order not to darken.

The leaf of the samardala leaves in March, but its beautiful flowers fade in April-May. The flowers of the plant are bell shaped, mixed in a mixture of purple, yellow, pale pink, white, brown.

It is desirable not to undergo heat treatment because it changes its specific taste.
It grows on bulbs, from which emerge two or more thin branches up to 40 cm long. It grows in mountainous areas. Only the leaves are harvested without affecting the root system in order to protect the plant until next season.

The most popular is the following method of preparation as a spice:
• young shoots are harvested before the seeds begin to ripen; recruited, they are ground and can be passed through it 2 - 3 times;
• The resulting green aroma, which is highly aromatic, is mixed with fine cooking salt - the proportion varies depending on how salty it is to be a gingerbread; after mixing it is necessary to mix well;
• Store in tightly closed jars, preferably in opaque containers.
Over time, slightly loses its original green color, but keeping it dark slows down the process. Despite the fading, the taste remains exactly the same, specific and wonderful.
Traditionally, they are dried without the addition of salt. The mixture is dark green to brownish.